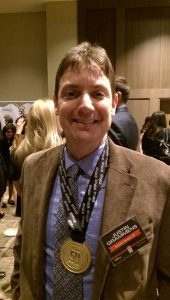 Justin Grammens, Cofounder of Lab651, had the extreme pleasure of being named one of The (Real) Power 50 for 2016 by Minnesota Business! As Justin said, “It is a tremendous honor to be included in this list and I’m humbled to have been selected this year for the award. Becky and I were able to attend and I was able to accept the award the evening of April 28th at the JW Marriott.“

The evening started with the gift of a medal from the magazine and networking. Justin also had fun getting photos taken for a mock Minnesota Business magazine cover. The night then proceeded with a dinner and awards ceremony where we were seated with the main sponsors of the event, CBIZ / MHM ( awesome people ), along with one of the other (Real) Power 50 winners. 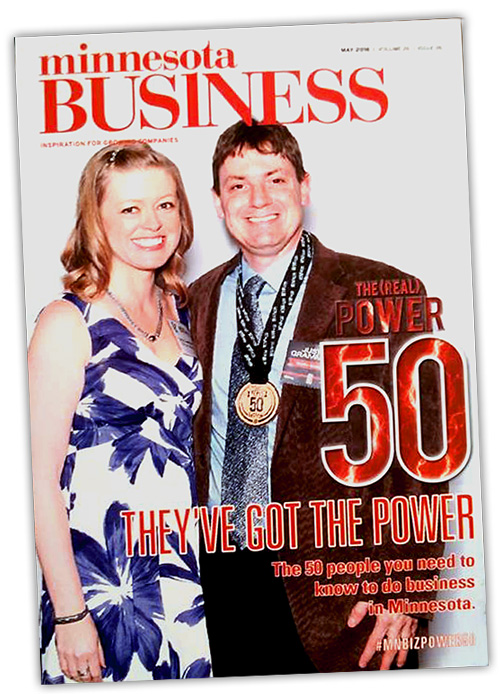 The main ceremony was emceed by John Moe of American Public Media fame, who provided a light-hearted backdrop and staged a “lightning round” panel with a few of the Power 50 winners to ask questions and get short off-the-cuff answers. It was a lot of fun and contained a number of hilarious responses from the panel.

The evening ended with Justin and Becky having the pleasure of talking with John Moe himself, dessert, and more networking. They received a free magazine on the way out and are looking forward to now as a winner of the award being able to help select the people whom I think should win the award for the (Real) Power 50 in 2017 for Minnesota Business Magazine!