Montessori-based Wildflower Schools in Cambridge, MA is a cutting-edge school system looking for ways to enhance organic learning for children. They partnered with Massachusetts Institute of Technology Ph.D. candidate Nazmus Saquib on his thesis of tracking activities that children and teachers are engaged within the classroom. After an initial tracking prototype was developed, Wildflower Schools wanted to continue the effort to help identify the best classroom activities to keep, which children needed more attention and potential changes in the teacher’s approach. They approached Lab 651 to create a more user-friendly and sustainable system.

“Lab651 was a natural choice because they combine all the necessary disciplines under one roof,” Wildflower Foundation partner, Pete Schwamb said. “The integration of PCB design, mechanical design, and firmware engineering was great for reducing the cost of coordination and keeping the project on time.”

Bringing it to the School

The schedule was aggressive: Lab651 and Schwamb designed a prototype in less than three months. “Since this was for young children, we created activity trays with electronic sensors built in,” said Troy Pongratz, the industrial engineer. The Lab 651 team and Schwamb also brainstormed together on the best way to capture a person’s movements. “Ultimately, we decided on shoes with sensors because it worked for both students and adults,” Pongratz said. The data collected from the trays and shoes demonstrated which activities were most engaging and which children received the most teacher interaction. 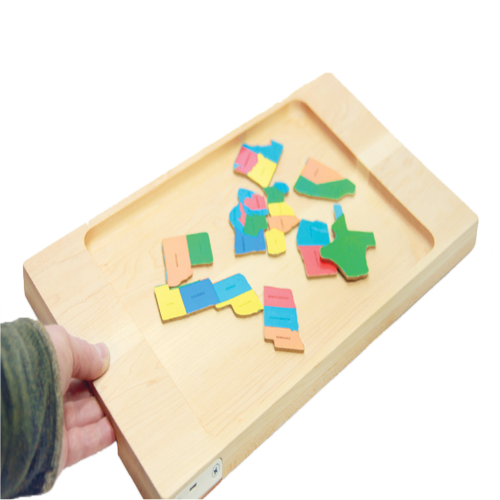 In addition to the hardware, firmware, tray, and enclosures, Lab651 developed an Android application to capture the data from the classroom and send it to a cloud-based web application for analysis. The next steps for Wildflower Schools are to continue sifting and refining the data, to make it as easy as possible to digest and act upon for the teachers. All this supports Wildflower’s ultimate goal of giving children a high-quality and engaging learning environment.

Quote from the client:

“Lab651 was a natural choice because they combine all the necessary disciplines under one roof. The integration of PCB design, mechanical design, and firmware engineering was great for reducing the cost of coordination and keeping the project on time.”