A Dragon of a Different Sort

Bend-Tech, an industrial machine software supplier, has been helping fabricators for 15 years by offering customized software for tube bending. However, their customers kept asking for a heavy duty CNC tube-cutting machine. After finding it difficult to locate one, Bend-Tech decided to manufacture the machine itself, dubbing it the "Bend-Tech Dragon" because of the shooting sparks created by the bright plasma cutter. The company reached out to Lab651, which has been helping firms design industrial and consumer products for over a decade. “We chose Lab651 because they could guide us through designing a product, something we’ve never done before to this level,” says Bend-Tech owner Cris Merry.

For the new machine, Bend-Tech decided to not only create one that was heavier-duty than what was available but also to improve its precision and add new features. “We envisioned a machine that would consistently make cuts to a much tighter tolerance,” says Merry. Because of demand, the company required a 6-to-8-week deadline. “Typically, a machine like this would take a team of 10 engineers nine months to design,” says Adam Igl, a rep for KW Automation. ”I don’t know how they did it.”

Lab651 worked closely with Bend-Tech to manage the timeline, as well as ensure a precise and reliable design. Both companies leveraged what they learned from a lightweight machine sourced earlier to save design time. “Cris told us he wanted to expand the machine’s weight capacity and allow customers to cut angle iron forms, versus just a square or round tube,” says Troy Pongratz, co-founder of Lab651. 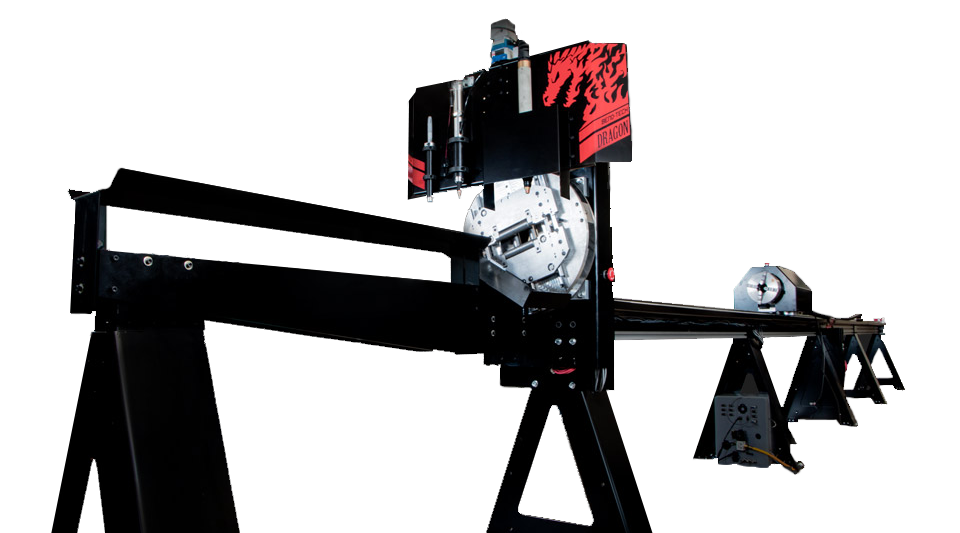 The Lab651 engineering team studied the existing lightweight machine and concluded that a timing belt (versus a chain) and precision-ground linear rails would enhance the machine’s precision. Precise inductive position sensors supplied by Keystone Automation were also instrumental in improving precision. “They really examined everything, from the components to reduce assembly labor costs, to the materials sourced,” says Merry. “And they made the deadline!” Bend-Tech was so confident in the prototype that it sold the first three to customers. “Thanks, Lab651,” says Merry, “we now have a niche market with this machine and satisfied customers.”