An Introductory Course on Game Theory

After listening to enough Freakonomics and other podcasts I figured it would be interesting to learn a little more about Game Theory.  Plus I couldn’t find any free beer sommelier classes.

Introduction to Game Theory or Never Go Against a Sicilian When DEATH is on the Line!

After hearing about Game Theory in many different economics podcasts and listening to a great RadioLab story where there was a great example of a common Game Theory “game” I wanted to learn more about the whole thing.  Game Theory is the study of how and why people make decisions, not as my kids think about how to beat Super Mario.

I found a free course that is an introduction to the whole thing taught by one economist and two computer scientists.  The first week of instruction consisted of laying down a lot of terminology for simple games.  The first thing you learn is the definition of a “game”.  A “Game” is defined as any set of circumstances that has a result dependent on the actions of two or more decision-makers or players.  After that definition, we got into strategies and knowing the difference between a “strictly dominant” strategy where all the outcomes are better than all other options and a “weakly dominant” strategy where two outcomes can have the same value, but overall all outcomes are better when this strategy is played.  Those are a lot of words to say, playing choice “A” in a game with two choices (A or B) where you don’t know what the other players are going to play, would be a strictly dominant strategy if all the outcomes are better than playing “B”.  Along the same line playing A is a weakly dominant strategy if some of the outcomes are equal, but all are better than playing B. Nash Equilibrium was another key term taught in this first week.  That theory was based on the fact that if everyone is logical (big stretch there) and the same game is played over and over, there will be a resulting equilibrium, or the same outcome will occur if the logical players are playing to get their best result. 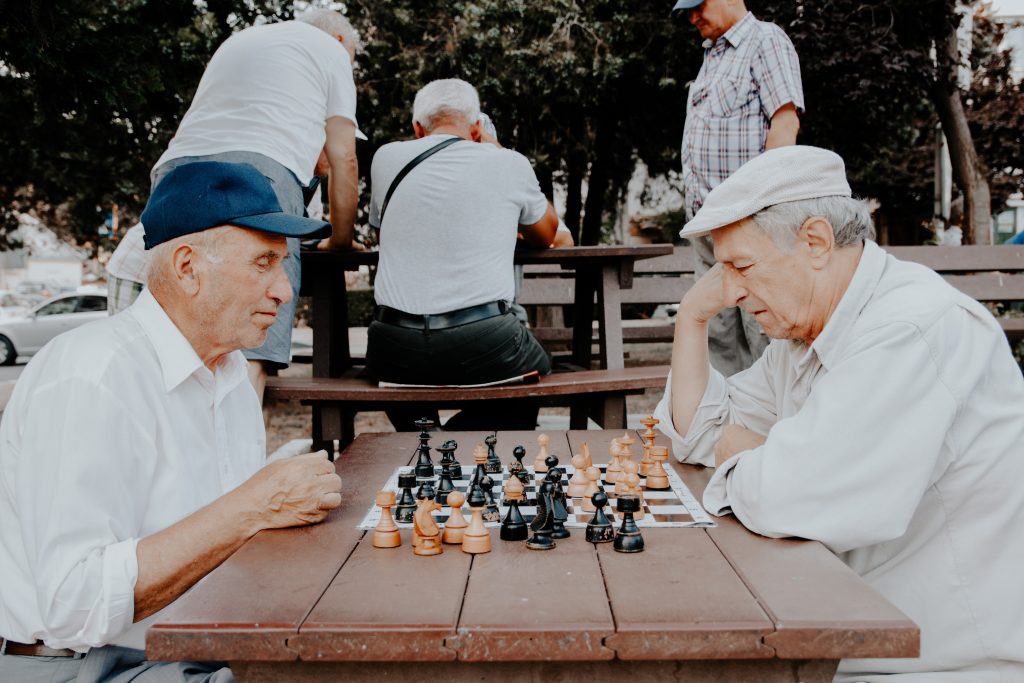 The next section that was taught was about “mixed strategies” along with computing the “Mixed Strategy Nash Equilibrium”.  A “mixed strategy” is the assignment of the probability of each pure strategy. By assigning a probability to each strategy a player can then randomly select a strategy.   This is where the math comes in and the fun of solving algebraic equations begins.  It comes down to figuring out the best actions you can take based on the probability of your opponent.  An example would be to kick a soccer ball to the left or right in a penalty kick.  The kicker has the option to kick left or right, and the goalie has the option to block left or right.  Since neither player knows what each is going to do, it could be looked at like a 50% chance for both players to go either way.  Now if you expand on that example, and the kicker is better at kicking the ball to the right and the goalie knows this then you can do some calculations and figure out the new probabilities for the best outcome on where to kick the ball.  This thinking and calculations are becoming more and more common in sports and you can see with all the analytics and data gathered in everything soon the most important guy in the clubhouse could be the nerdy game theorist sitting in the corner with his TI-85.