Flutter – What is Leading to Its Rising Popularity?

In the world of technology and development, new ideas, platforms, and approaches are hitting the marketplace nearly every day. Some ideas don’t make much of a mark, and others take off to quickly become part of the innovation landscape. Flutter is one of those things that is catching on. So, what is Flutter, and what is leading to its rising popularity? In the crowded marketplace, why does it seem to be catching on?

Flutter was created by Google and is a free, open-source mobile UI (user interface) framework and toolkit that can be used for cross-platform development of mobile applications. This allows developers to create native applications for multiple platforms all at once using one single codebase and programming language. While it offers support for platforms like Windows and Linux, it is primarily used to create apps for Android and iOS.

Flutter has two components: an SDK (software development kit) and a Framework, or UI library. The SDK provides the tools needed for development and includes everything needed to compile your code to allow it to run natively on iOS, Android, or other platforms. The Framework gives developers access to a collection of UI elements. These include buttons, sliders, input fields, and more, allowing for easy customization.

Why is Flutter Growing in Popularity?

Flutter is quickly becoming the tool of choice for app developers thanks to its ease of use, fast compilation of code, excellent documentation, and extensive support community.

Even for programmers without extensive development experience, Flutter is exceptionally easy to pick up. Developers used to working in other languages like Java, Python, or other object-oriented languages will have no trouble with the transition to Flutter and Dart. Also, thanks to the extensive collection of built-in UI elements, developers can create native apps without writing extensive amounts of code.

Flutter’s fast compilation speed makes it especially popular thanks to the time it can save. It offers a feature called “hot reload.” This allows developers to see changes in real-time, reloading changed code in less than a second. This makes changes and bug fixes much faster than on other development platforms. 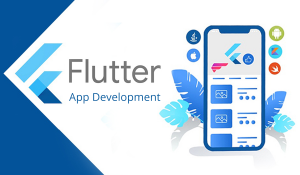 Not all new technology tools come with good documentation, often causing delays for developers as they begin using them. Flutter comes with extensive and well-written documentation. Google offers not only a general reference manual for Flutter but also a companion “cookbook” guiding developers through some of the most common tasks.

One of the things developers need when transitioning to a new toolkit is a robust support community. The larger the community, the better chance users will find someone who has already dealt with their question or issue. There is a thriving community surrounding Flutter that includes blogs, a Stack Overflow wiki, Google groups, a subreddit, and an entire third-party website dedicated to tutorials, libraries, UIs, and more.

Will Flutter’s Popularity Continue to Grow?

The world of technological innovation exists as a continuing series of ebbs and flows. No one can know for sure if Flutter will continue to grow in popularity. However, its existing success and the strength of Google behind it mean that Flutter will be around for a while. Developers will undoubtedly continue to need an efficient way to develop apps across platforms, and Flutter may continue to fill that role.