More than 20 years ago GM produced the first mass-market electric car: the EV1. It was deemed as unprofitable by GM and subsequently was terminated in 1999. GM spent what I would assume to be millions of dollars crushing the EV1’s to end their development of electric cars. Fast forward to today. Elon Musk is heralded as the leader of the electric car movement and his company, Tesla which is valued at $60 billion, is at the forefront of the electric car revolution. So, what can Connected Products / IoT Solutions today learn from the experiences of the electric car? 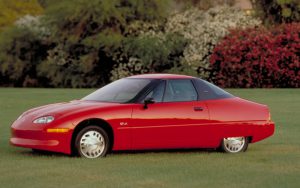 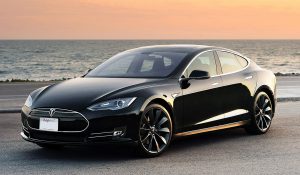 As adoption takes time to solidify, I am confident we are ready for connected products to take hold in the world. Like the adoption of the electric car so many years since it was first introduced to the market, we are beginning to see value in ordinary, everyday objects being connected through the internet. It’s these products and devices that will spawn a whole new world that is more intelligent and connected than we ever thought possible. The term IoT was coined in 1999, right in that era with the electric car. We’ve seen the trajectory of the electric car build over the past 20 years and I’m convinced that for the same reasons the IoT and connected products are not far behind. Exciting times are ahead!